In Spring 2018, I worked on a multispecies installation for The Greener Side of Grass exhibition, organized by the Centre for Environmental Humanities (CEH) at Aarhus University, in Aarhus, Denmark. I called it “Here and there / homemaking in a jar” (a video-plant installation), as it used audiovisual methods and plant-life to share a more personal story:

I started from the idea of displaced rituals, and how distance affects practice. How can a jar transplant a sense of “home”? What does “home” mean for immigrants, and how can growing grass become a grounding practice? Originally the container of zacuscă (a Romanian type of vegetable spread), picked up in a tiny Copenhagen shop of goods imported from Eastern Europe, savoured on rugbrød with nostalgic sighs, the jar has now returned home, in a sense ‒ it is carrying Danish soil and biodynamic Danish wheat berries, Danish water and sunlight mixed to nourish an old Romanian tradition. 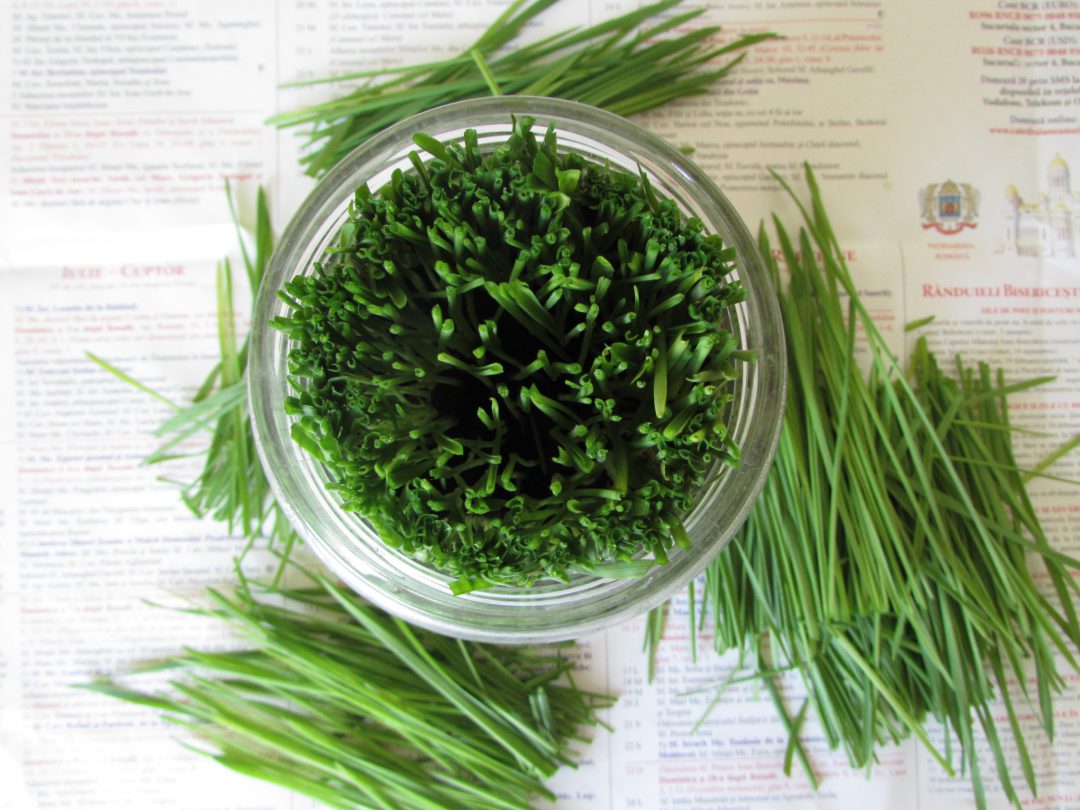 Against my initial intentions, I decided to use myself and my personal experience as the main facilitator in the experiment. In my previous ethnographic projects, I have often shied away from putting too much focus on myself. Instead, this reenactment of a Romanian winter tradition became, quite sneakily, a window into my life and my relationship to my home country and my mother (the other main character in the video). 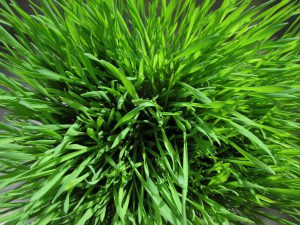 Every evening before Saint Andrew’s day (the night between November 29th and 30th), my mother (and the majority of Christian Orthodox families in Romania) sows some wheat grains on a deep plate and begins the month-long process of sprouting and growing wheatgrass. Andrew’s historical presence in the 1st century A.D. on the geographical territory currently known as Romania is disputed by scholars, but its presence in the Romanian collective subconscious is intrinsically linked to their claim to Orthodox Christianity. Romanians believe that St Andrew (Sfântul Apostol Andrei) was the first who preached Christianity in Scythia Minor, modern Dobrogea, to the native Dacian people (ancestors of the Romanians). The feast of St Andrew’s was believed to be an agricultural one, so customs of that day are also primarily agricultural. Many of the other countries that hold St Andrew as their patron saint (such as Ukraine, Russia, Greece or Scotland) celebrate him with various wheat rituals. In Romania, each family member is responsible for their own little wheat “crop”. By the end of December, the success (or failure) of the wheatgrass is meant to represent the following year for the carer. 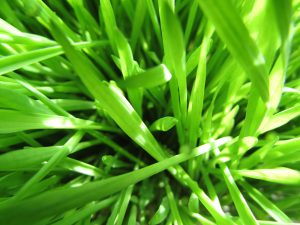 In my case, an immigrant for almost half of my life, sprouting and growing wheatgrass becomes less of a religious artefact, and more of a homemaking ritual. I don’t consider myself closely affiliated with the Orthodox church, although my mother does, and so do, invariably, all other practitioners of this ritual. Sprouting wheatgrass in December is, for Romanians, a Christian ritual. But what happens with my displaced wheatgrass  ‒ out of time and place? What purpose does it serve, if not to bring me closer to St Andrew? In the digital diaspora, I’m forced to Google Romanian blogs and Skype with my mother to find out about the “proper” way to sprout and grow wheat. The video documents my wheatgrass “experiment”, as well as my increasing fascination for the sprouting grains. I try to follow the process and find something holy within the grass blades.

This multimedia/multispecies installation was intended as a reflective inquiry on transplanted rituals, and on how we create homes out of cobbled pieces of here and there. It can be experienced in the Botanical Gardens, in Aarhus, until June 28th. 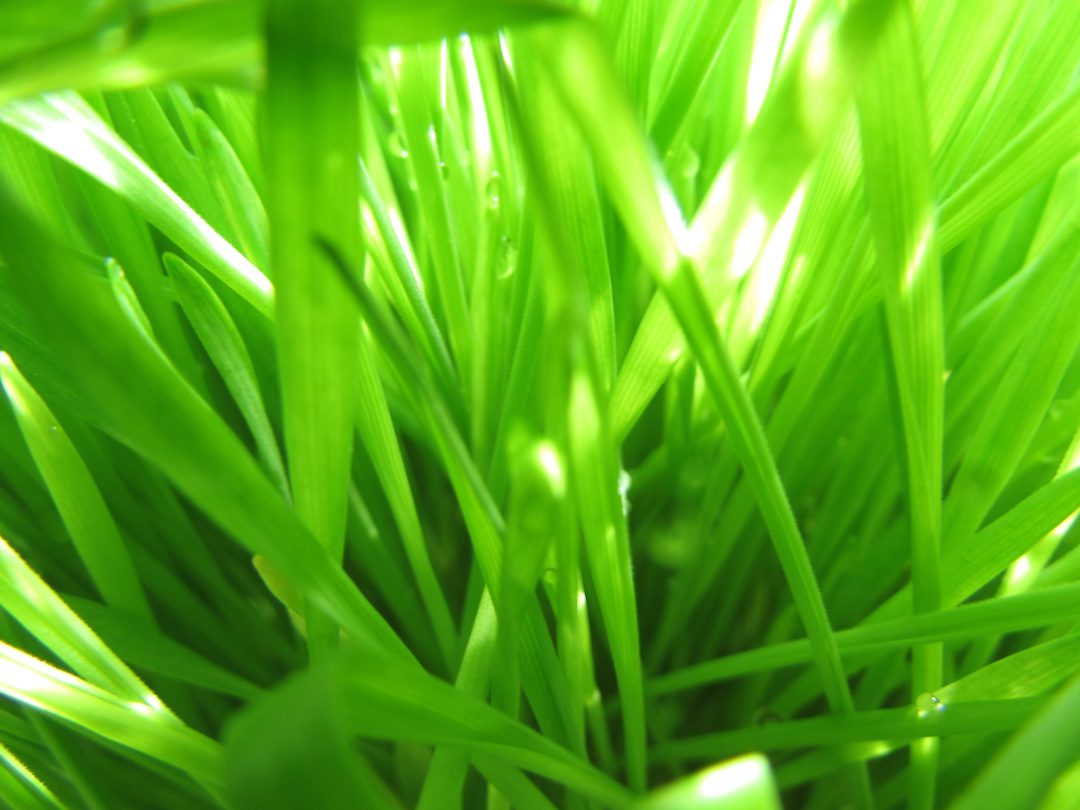 PS: After 1 month on the exhibition tour, my jar of home ended up like this (thanks to Dorot for the photo & for looking after it!): 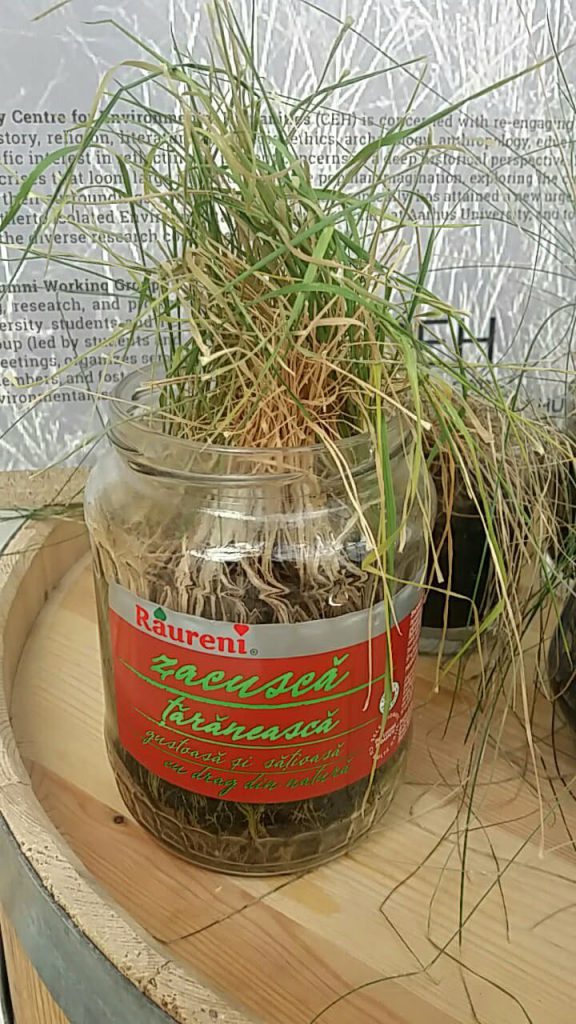